We’llguide you through the main appointments scheduled for the following days.
Let’s start by tempting you with some delicacies: if you’d like to taste a traditional dish of Trentino, you can’t miss the Polenta Festival, held in Roncegno Terme, in Valsugana, up to Sunday. Polenta, which is made of maize flour, was once a humble meal but it has by now become an accompaniment to gourmet dishes.
During the festival many old recipes will be dusted off, not only those based on polenta, but also pastries made with maize flour.
Let’s stay in Valsugana for a journey back in history. Up to Sunday, Pergine is hosting the Medieval Festival, which features a military camp, duels, parades and falconry shows.
During the next few days, music lovers can enjoy three appointments of the Suoni delle Dolomiti programme, the festival that brings great artists’ music on the natural stage of our mountains.
On Sunday at midday, at Roda di Vael Refuge, in Valle di Fassa, the celebrated jazz musician, Paolo Fresu, is going to mix his notes with those of an orchestra playing the traditional ladino music, namely Musèga de Poza.
On Wednesday the 1st of August, at midday, Vision String Quartet is going to perform at Bombasel Lakes in Lagorai.
On Friday the 3rd of August, again at midday, at Villa Welsperg, near Pale di San Martino, there is going to be one of the most looked-forward appointments of the festival, that is the tribute to Lucio Battisti, the singer and songwriter who made the history of Italian music. He will be commemorated by a very original band headed by Peppe Servillo.
And now an appointment meant mostly for the little ones, but which could also entertain those adults who want to be kids again for a whiles. We’re talking about “Ora dei burattini”, the festival organized by the city council of Arco, Riva del Garda and Nago-Torbole, and run by the theatre association Iride.
With more than twenty years of history behind, this event offers 14 representations and 5 labs, all scheduled until the 9th of August.
During the festival, a fundraising for Unicef is also planned.
The ancient art of puppets is still able to enchant; so much so that every show organized in the squares, parks, courtyards and even by the lakeshores, usually ends up with a sold-out.
Many appointments are also scheduled for the next week, starting from Monday, at 6 P.M., at Centro Giovani di Arco, when “I racconti del folletto dei sogni” will be first rehearsed; the play will continue until Friday evenng, the 3rd of August, with a street art show in Torbole’s square. For further information please check the institutional websites of Arco and Garda Trentino.
All football lovers shouldn’t miss the match between Naples and Chievo, which are expected to play on Sunday 29th July, from 9 P.M., at Briamasco Stadium in Trento.
This could even be a Serie A preview if Chievo, the Verona team, will manage to fix its legal issues.
This match will end their retreat in Trentino, in Valle di Sole, like every year chosen by the team led by Carlo Ancelotti in order to train for the championship.
Speaking of sport, this weekend Golf Club Rendena in Bocenago will host the first local competition of the new-born “footgolf”.
Just arrived in Italy, in 2013, it is basically a mix of football and golf: feet replace golf clubs and there is an actual ball instead of little ones. The aim remains the same though: hitting – or better kicking – the ball into a series of holes in as few strokes as possible. Of course, the holes are bigger too. 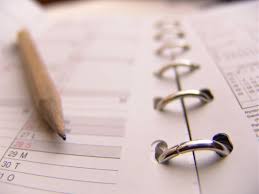