Here are the main events in the next few days and some information about the most interesting places in Trentino.
We would like to present Campana dei Caduti of Rovereto – the bell honouring the fallen – which dominates the city of Colle di Miravalle and is called Maria Dolens. The bell was moulded with the bronze of the cannons used by several countries involved in World War 1, following the local priest Antonio Rossàro’s intention to remember all those fallen in the conflict.
The former two bells got through a range of troubles: the bell currently in place dates back to the Sixties…
The Foundation that takes care of it is now devoted to spread a peaceful message across the world. During the next few days the Bell will take centre stage during two events.
This weekend, Rovereto is celebrating the feast of the patron Saint Maria Ausiliatrice, to whom the city turned at the beginning of 1700 and was thus spared from the French army’s destruction.
On Saturday, at 7 P.M., a walking pilgrimage is going to be performed from S. Marco’s church to Colle di Miravalle, while on Sunday evening a dinner is going to be offered by the Town Hall, following the religious celebrations.
On Tuesday the 7th of August, at 6 P.M., Israeli Shàron Fridman’s company is going to dance in front of Campana dei Caduti.
The show will focus on the role of the woman as a symbol of tenacity and rebirth after World War 1, which ended a hundred years ago.
This anniversary also recalls the peculiar situation of Trentino, which entered the war as part of the Austro-Hungarian Empire and ended it as part of Italy.
On Saturday the 4th of August, at 5 P.M., at Sella Giudicarie in Valle del Chiese, two well-known figures are addressing such topics as this peculiarity of Trentino, war and future: these are Lorenzo Cremonesi, war correspondent for Corriere della Sera, and alpinist Reinhold Messner, native from South Tyrol and famous climber of all the mountains over 8000 meters, also active as writer, movie director and museum curator.
The lecture is going to take place in the suggestive Forte Larìno, which was built exactly when the first WWI winds were starting to blow across Trentino.
Quite different from Messner, though widely renowned in Italy, is Mauro Corona, mountaineer and narrator of mountain stories and rites, who lately has also become a television personality. Corona is going to launch his latest book in Madonna di Campiglio at the “Mistero di Monti” festival, on Saturday the 4th of August at 5:30 p.m.
Regarding mountain rites, the initiative “Albe in malga” offers the chance to live the early hours of the day in the houses and barns used for animal alpine pasture.
The appointment is set for Sunday, at 6:00, inside Malga Casarina in Val Campelle. You’ll be able to milk the cows and start to prepare cheese before a well-deserved breakfast and a hike, if you still have any energy left. You can contact the Valsugana/Lagorai Apt for information and booking.
As regards animals, you shouldn’t miss the appointment on Sunday the 5th of August in Cembra: the town districts are going to compete in the Palio Raglio, a parody of the more famous Palio di Siena, where donkeys will take the place of horses. The start is set for 6:00 p.m.
A completely different atmosphere will be in the air during one of the last appointments of the Sounds of the Dolomites festival. Grant-Lee Phillips, a songwriter who made the history of American music, is going to perform on Tuesday the 7th of August, at noon, at Malga Canvère.
And now let’s finish this week’s agenda with two sport appointments. With a view to the volleyball world championship that is going to be hosted by Italy in September, the Italian team is currently training in Cavalese and, on Saturday the 4th of August, at 5:30 p.m., they will play Netherland in a friendly match.
If you rather want to see the promises of climbing, you should visit Arco this weekend: the town near Lake Garda has become one of the main world destinations for this sport and is in fact hosting the Rock Master Junior. 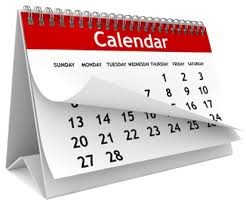